“You’re seeing more and more all-over print in streetwear, and it’s even more prevalent and demanded of in our promotional product marketplace. It’s very current, and I don’t think it’s going to go away,” says Kathy Cheng, founder/CEO of Canadian apparel supplier Redwood Classics Apparel (asi/81627). “Technology has allowed us to be a lot more creative with it.” 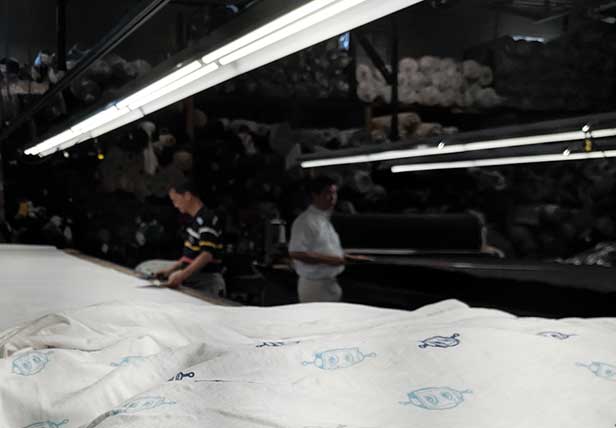 Redwood Classics Apparel has launched a sustainable all-over print service.Redwood Classics recently launched its own version of the trend, which the company has dubbed “SAOP” – short for Sustainable All-Over Print. The digital printing process employs biodegradable inks on cotton knit to create custom all-over prints, using “micro-runs of fabric,” “print-on-demand” and just-in-time production practices to reduce waste, according to Cheng.

In addition, the company’s process requires less ink, energy and water than traditional all-over printing methods, according to Edward Chow, project lead for SAOP. Typically, a rotary screen printer has to premix inks. After going through production, there’s often excess ink, and if it’s a custom color, the leftover ink can’t be used again, Chow says. With Redwood Classics’ new system, “The ink gets mixed in real time, and no ink is wasted afterward,” Chow says. “It’s very controlled.”

Have your heard? Something big is hitting the #promoproduct world!

Introducing #SAOP, our new #ecofriendly print solution that offers all of the style you love with less of the waste you don’t want.

The SAOP process also uses less water than rotary screen printing, Chow says. With traditional textile printing, water and chemicals are used in multiple steps in the process, from creating screens to pretreating the fabric. After printing, the fabric needs to be cured and steamed and washed before it can be cut and sewn.

“With SAOP, we’re taking steps entirely out of the system,” Chow says. Redwood Classics estimates that the new process reduces production time and water use by about half, compared to traditional fabric printing.

The other important aspect of the process, Cheng says, is that Redwood Classics is focusing on cotton knit, rather than the heavy polyester often used in all-over printing, particularly in the promotional market. Though the argument can be made that cotton is unsustainable because of the amount of water used to produce it, Cheng believes it’s a better long-term solution than polyester because it’s not derived from plastic.

According to Cheng, Redwood Classics first looked into the concept of all-over cotton printing a few years ago after being challenged by a luxury designer to offer high-end digital printing. “That started our whole journey of looking for a good solution,” she says. “We traveled to different countries to see how other companies do all-over printing.”

Even after installing digital printing equipment, Redwood Classics has spent the last several months refining the process to ensure color sharpness, vibrancy and consistency. “We go big or we go home,” quips Cheng about the involved research and development process.

Cheng believes Redwood Classics’ all-over print solution will be a particular hit with the consumer goods market, the cannabis industry and companies that work with millennials and Gen Zers.